My goal with Hello Web App was to create a small, easily digestible book that walks you through everything you would need to launch your first web app — albeit, a very basic web app. Since launch, I've had nothing but great feedback and so many people have shared with me their first web apps! 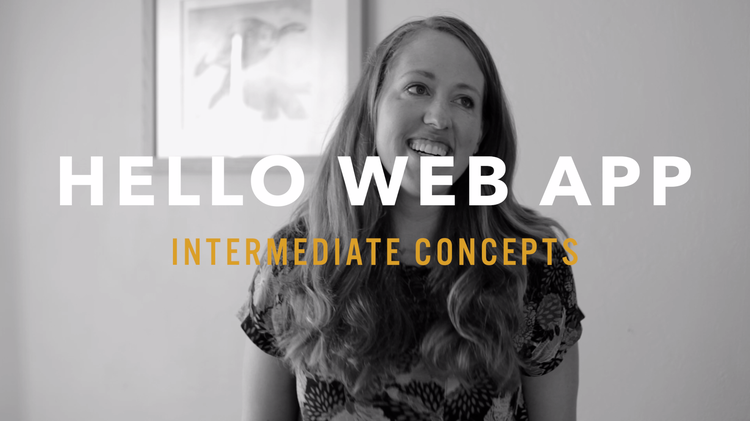 There were a lot of concepts that didn't make it into the first book due to their complexity, things that most web apps would probably need at some point, like:

There also wasn't a lot of theory in Hello Web App by design, but there are quite a few things that are great to know as you grow as a web app developer, such as:

All of this and more will be in Hello Web App: Intermediate Concepts, the perfect follow-up book to those who've gone through the original Hello Web App tutorial or anyone who has built their first web app and are looking for the next step.

Because I love having a physical book, and physical books cost many thousands in up-front moolas, I'm running another Kickstarter campaign to fund the book!

(Highly recommend you check out the video because it was a blast to film.)

Hello Web App: Intermediate Concepts will be released in December to all backers of the Kickstarter — the first draft is already finished and I am so excited to release this new book to everyone!